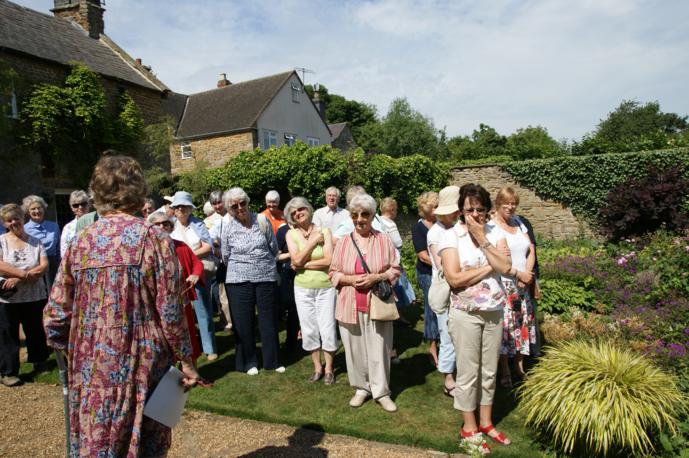 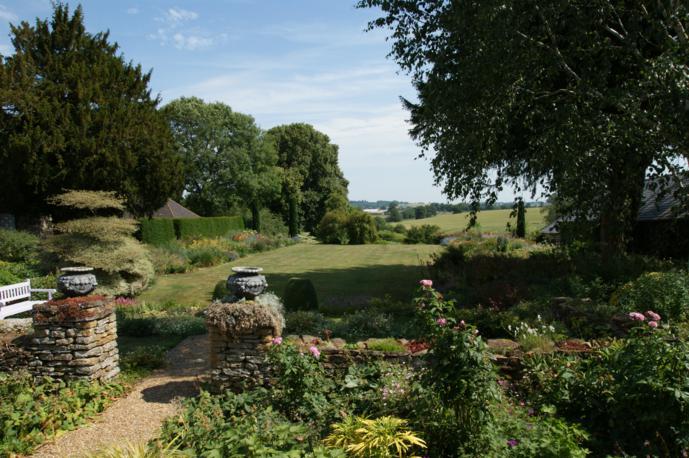 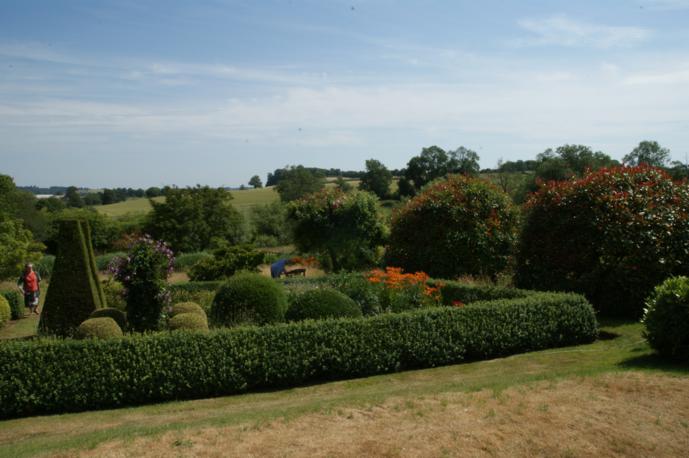 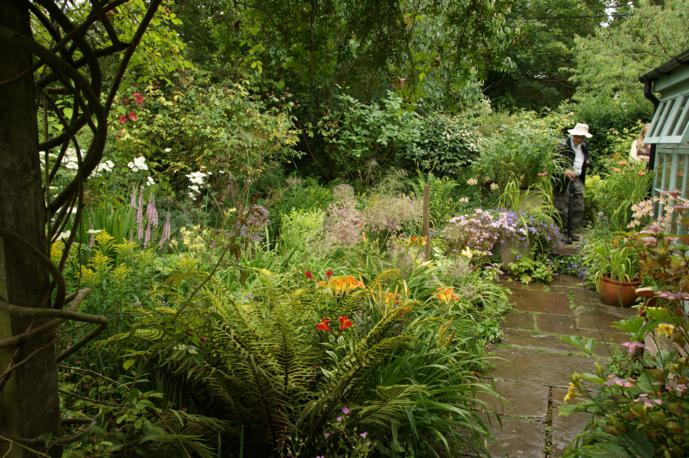 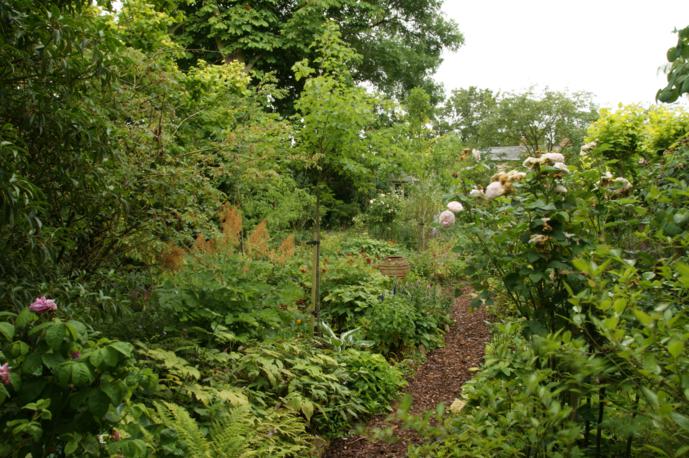 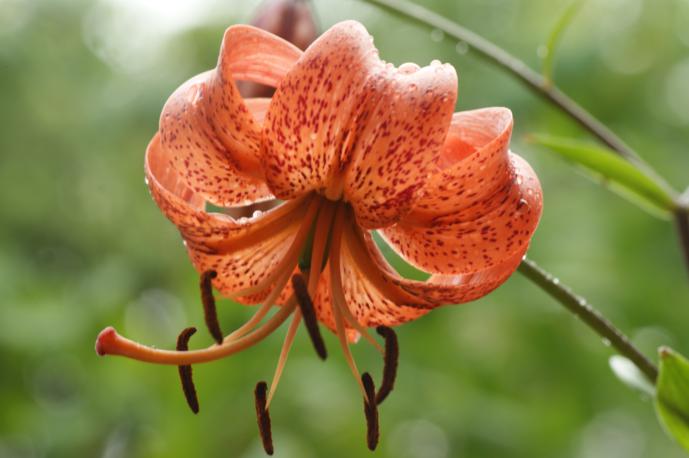 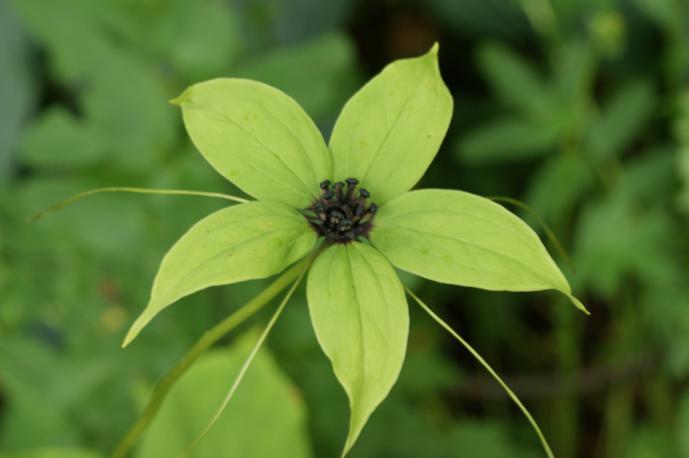 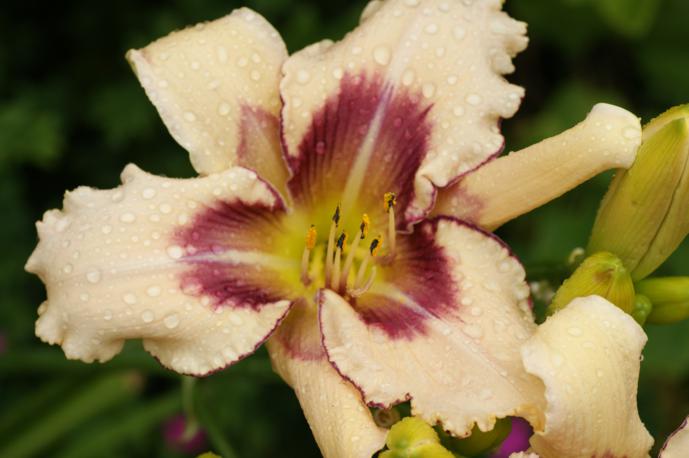 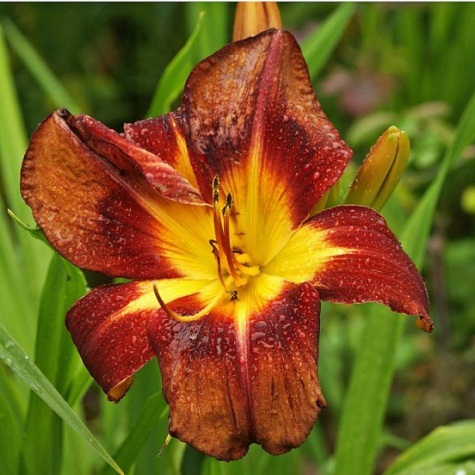 There was a buzz of anticipation on the coach as we set off on a day of uncertain weather. The outgoing journey was unexpectedly interrupted by a stay at a service station at the behest of Northamptonshire traffic police but after some delay the coach was declared fit for travel. Our first garden was Pettifers, near Banbury. The narrow front garden and the lovely 17th Century house hid a large back garden with stunning views over the surrounding countryside. Our host, the Hon Mrs V Price, welcomed us with an explanation of her development of the garden, a task in which she was helped by some very knowledgeable experts. There was a small raised area near the house and then a broad lawn led the eye between long, 20 foot deep borders with large drifts of planting featuring Knifophias, Eryngium and a range of grasses among many other, often unusual, plants. The use of colour was outstanding. Apparently there had been many shrubs but these had been removed to give way to this more flowing and floriferous planting. Steep steps, invisible from the house led down to a parterre, symmetrically arranged around a formal path. The wildflower meadow beyond this had just been mown but an informal grassy path led on to a vegetable garden. We had plenty of time to browse and the gardener, Sarah, made good use of the planting plans to answer many questions before we enjoyed refreshments in the beautiful kitchen.

From Pettifers we were taken to our lunch spot, a country pub which proved to be very pleasant and thence to the location of ‘Lark Rise to Candleford’, the hamlet Juniper Hill. Here we found Woodchippings, the creation of Valerie Bexley and Richard Bashford. What a contrast! (sadly this included the weather – steady rain now) Stooping through a low plant-covered arch we entered an enclosed world crammed with trees, shrubs and herbaceous plants. This is a small garden, completely surrounded by high hedges and with narrow bark paths leading between beds overflowing with voluptuous planting. A new paved area was a sea of self-sown perennials and annuals which were being nurtured by Valerie rather than grubbed out as many of us might. Many lilies, roses and Hemerocallis were in flower, the last being the passion of Richard whose other obsession, a huge collection of snowdrops, was safely hidden under the lush planting. Maybe a return visit is needed in February? There was a wide range of unusual plants; Berkheya purpurea, a viciously spiny pale daisy drew much comment as did a dwarf Catalpa. Refreshments were again waiting for us, this time in the small conservatory where we were glad to be able to dry off. The simple plant stall was a magnet for many of us and the modest prices and excellent quality of the plants meant that the money flowed and we returned laden with mementos.

Many thanks to the team that reconnoitred and planned the visit.